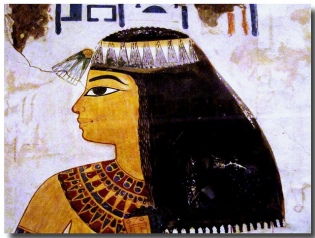 Women did not form a homogenous group within the hierarchy of ancient Egyptian society, because their status depended on that of their father and, after marriage, that of their husband. But this did not mean that they were without individual rights. In some other ancient societies, women were legally inferior to men and could not go to court without a man to act for them. Egyptian women on the other hand, were not only equal with men before the law, but were also entitled to attend court, unaccompanied, as plaintiff, defendant, or witness. They were responsible for their own actions and answerable for them in court.

Because women could own or rent property in their own right, not all of them were economically dependent on their husbands. Unless a will specified otherwise, all children shared an equal share of inheritance, and a daughter could acquire a substantial income on her parents’ deaths. Wives, too, could inherit wealth.